The first step is to soak the grain. Most of the time, we use organic rye (we purchase from https://grainworks.com/).  Rinse the grain at least a couple of times, until the water is clear.  We soak the grain for ~6 hours. We know there is lots of conflicting information on soaking grain but this is the best method that works for us.  We have very low contamination rates. 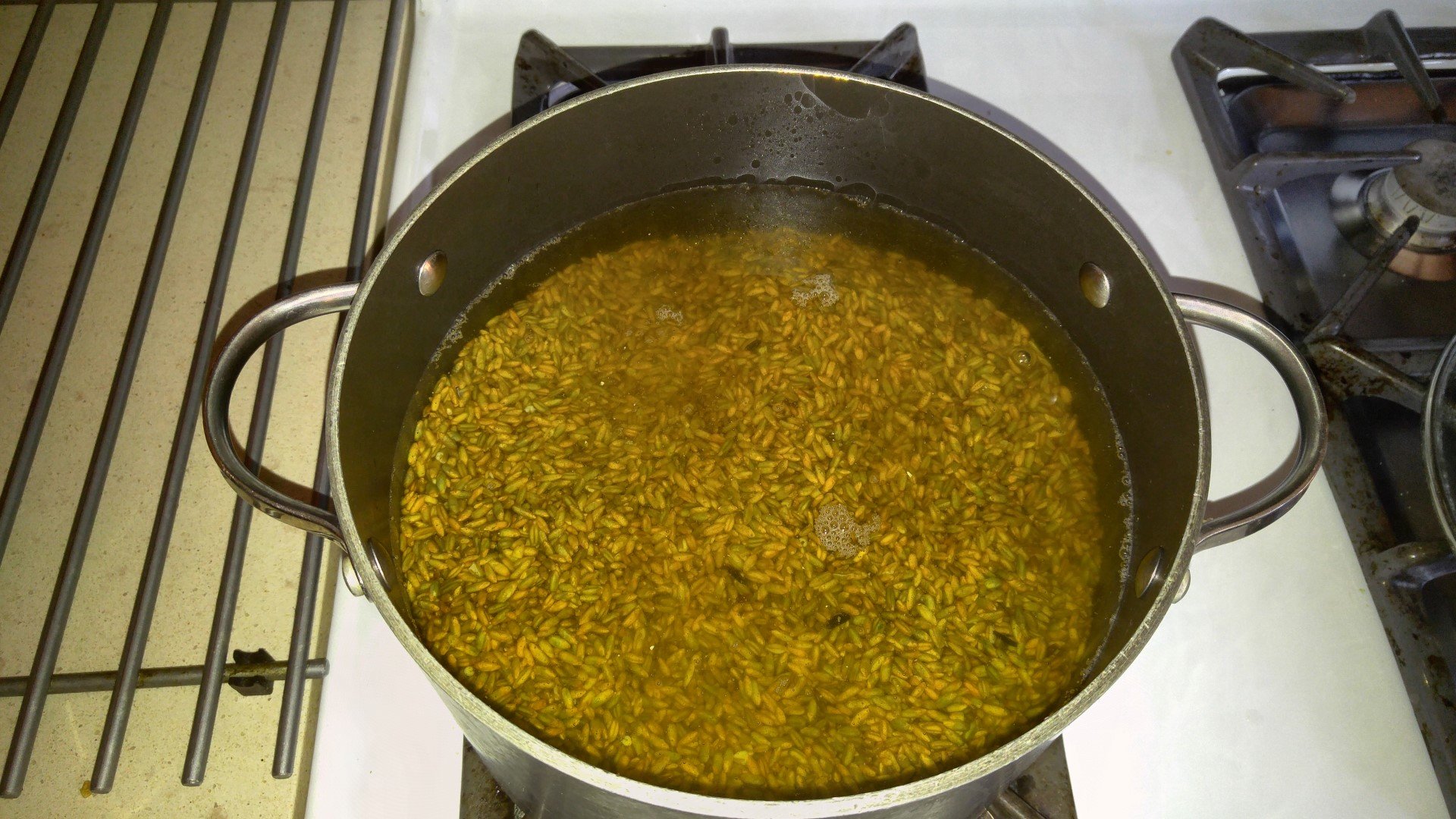 Next, we boil the grain.  Just bring it to a boil, don’t let it boil! 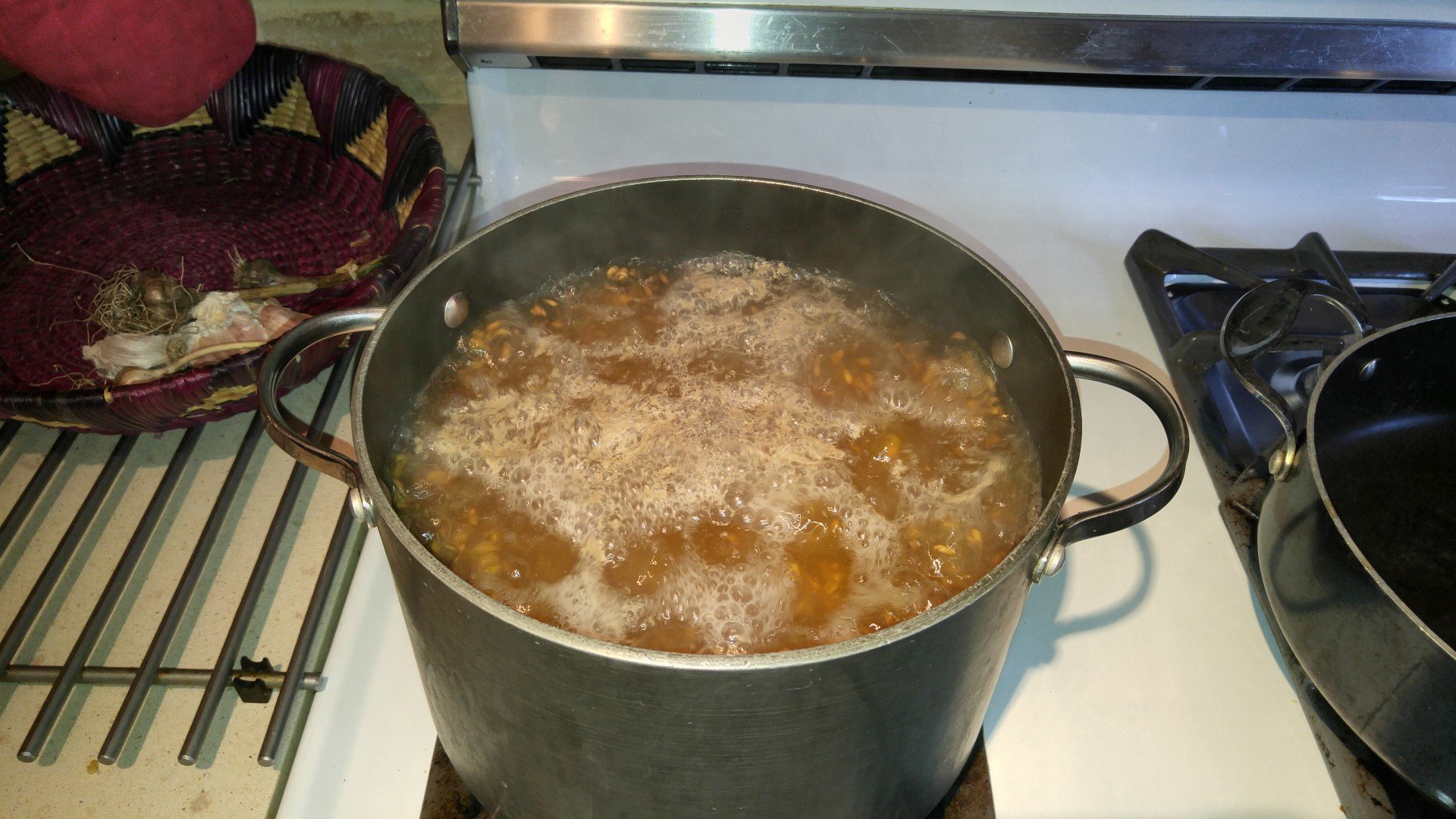 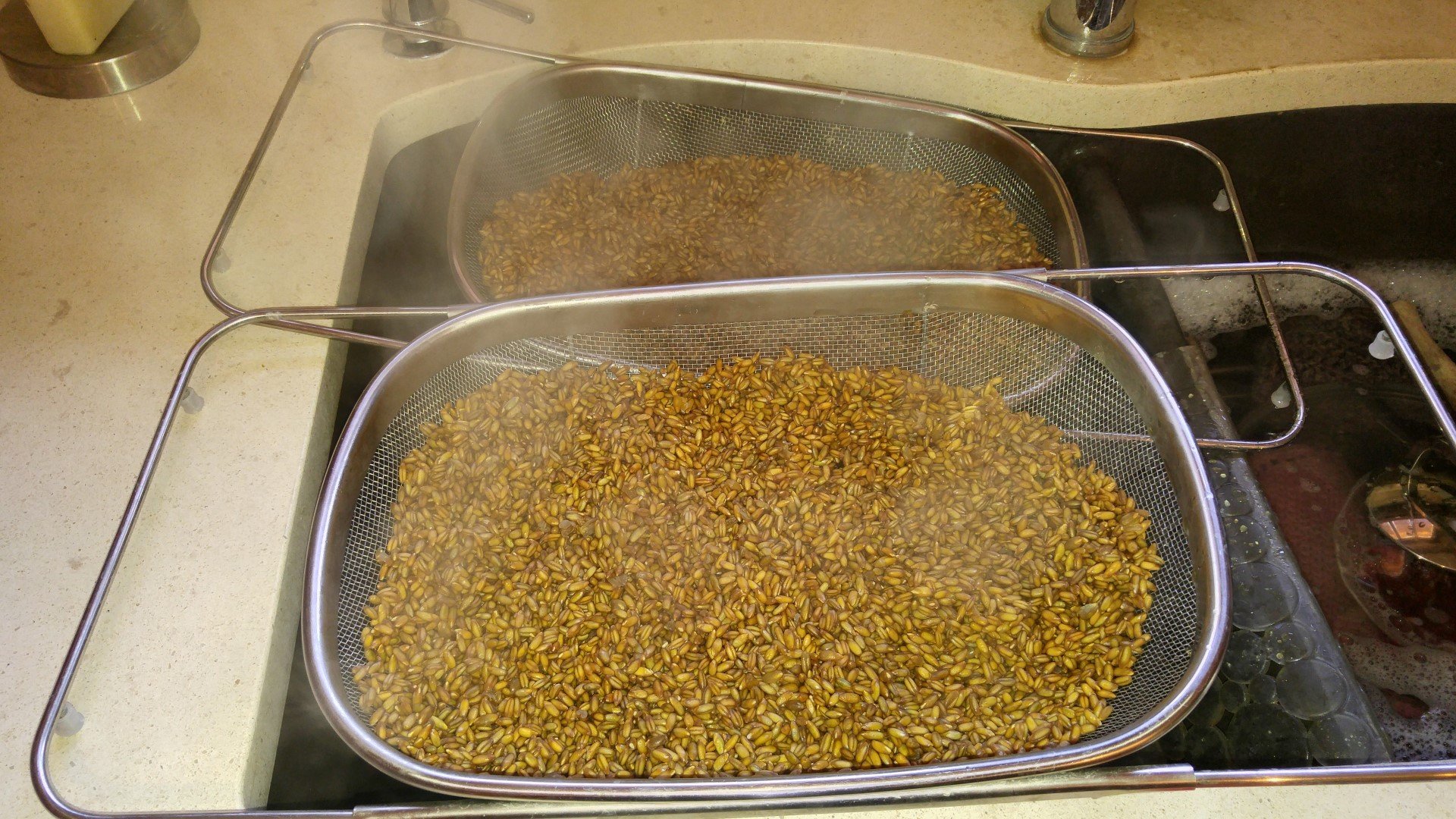 Eat a snack and let the grain cool

The grain has to be cool before you put it into jars. So, this is our snack time!

Here we have homemade bread, homemade apple butter and homemade raspberry jam. It doesn’t get any better! 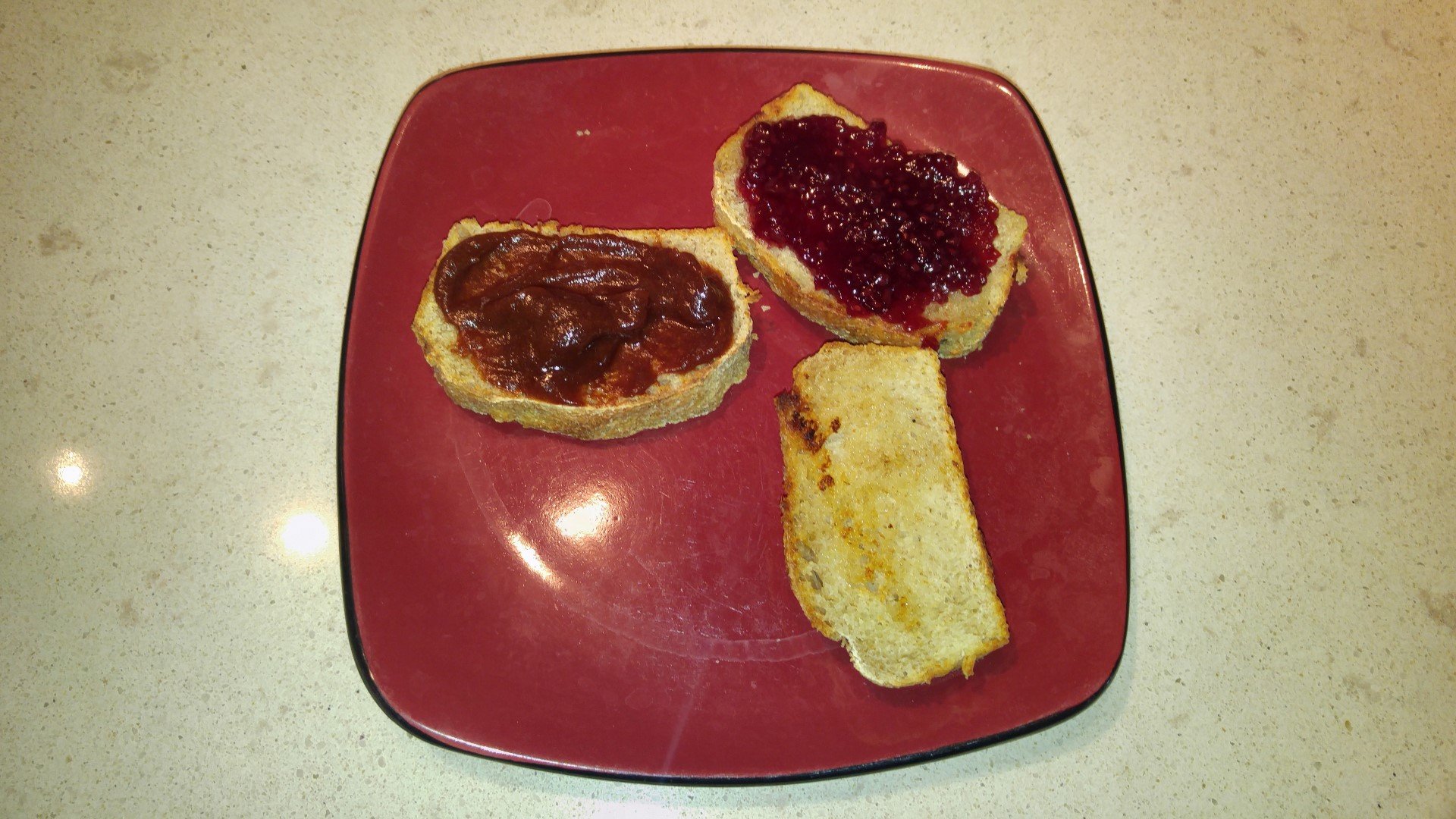 We use 500ml Bernardin jars (with out lids) and add ~1 cup of grain to each jar. 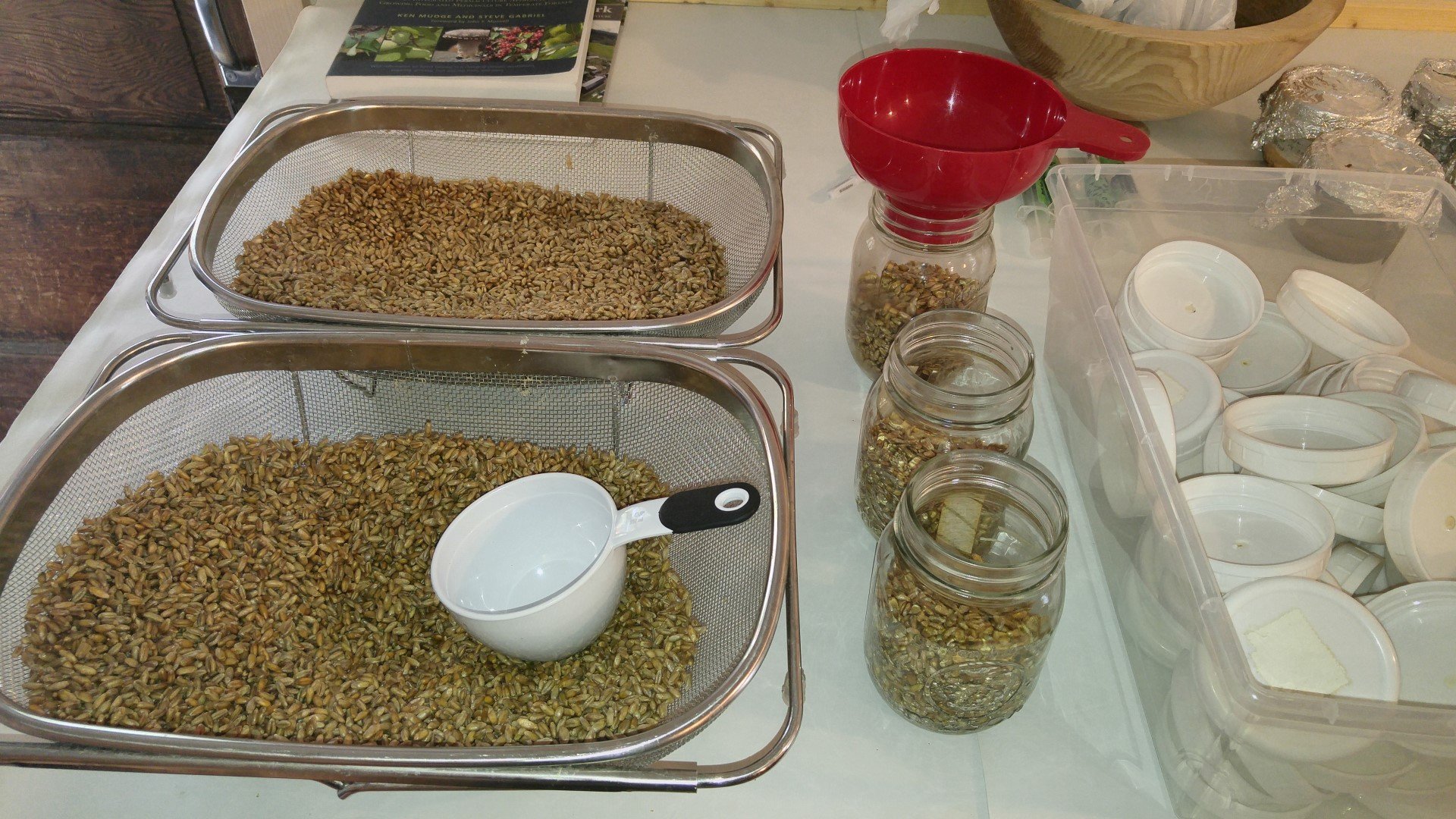 We pressure cook grain at 15PSI for 75 minutes.  Remember to check the lids when the pressure cooking is done, sometimes they come loose a bit. 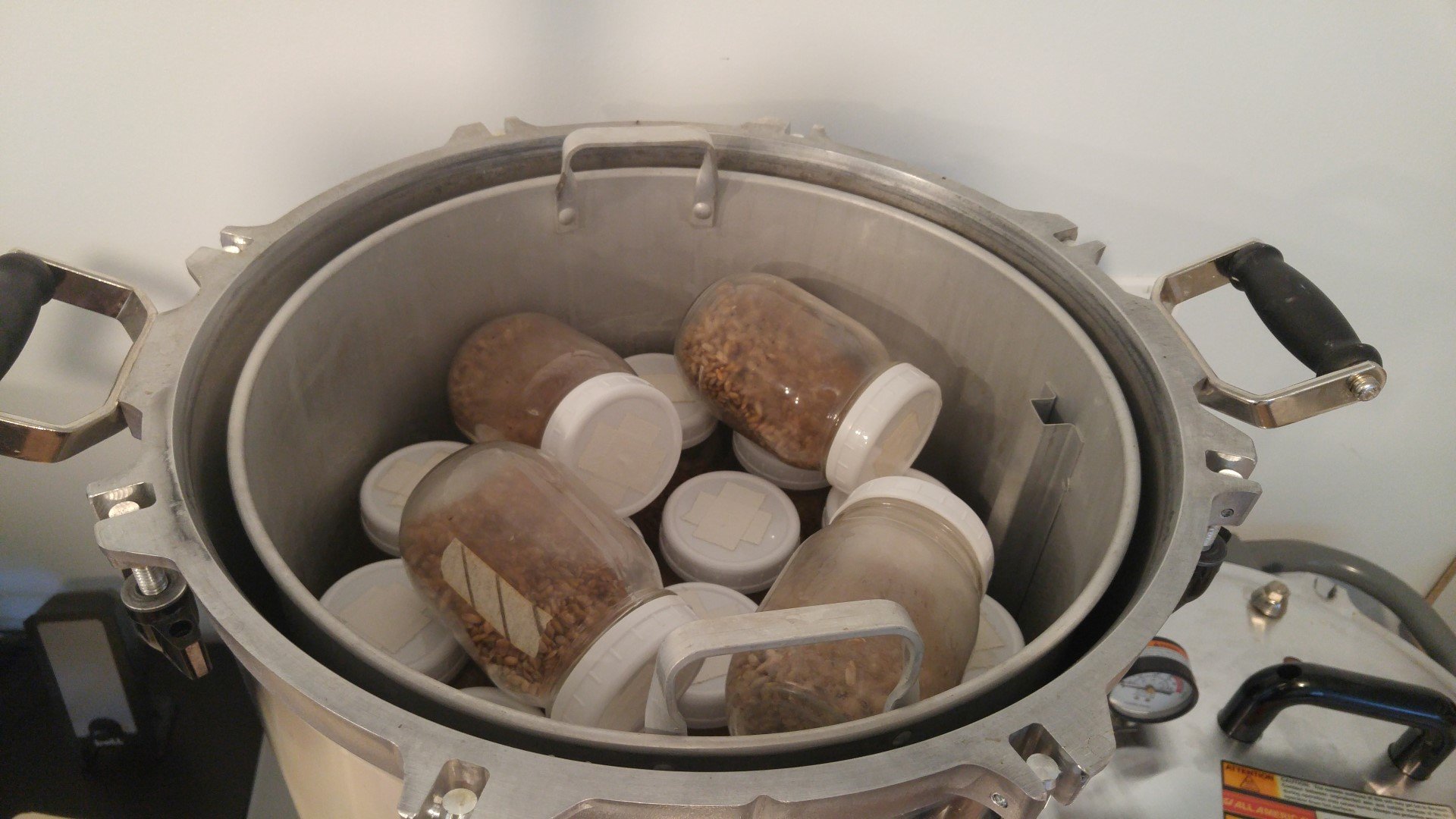 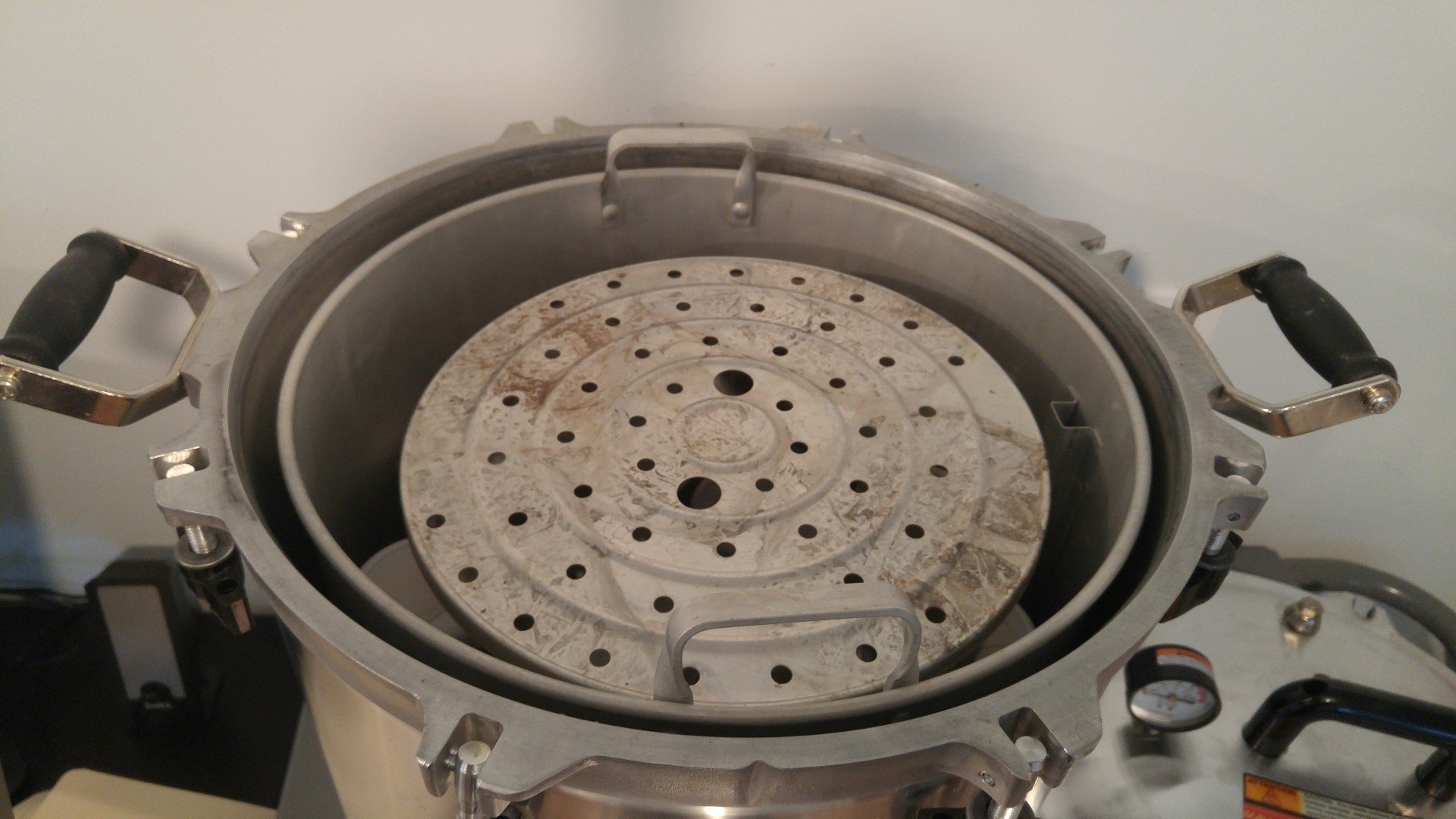